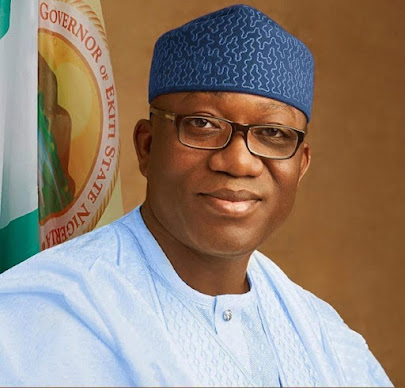 The governor said the deceased, during her lifetime, was an epitome of kindness, forthrightness and courage, same qualities which her son, Governor Akeredolu exhibits as a lawyer and public servant.

Fayemi noted that the late Madam Akeredolu was a rallying point for the Akeredolus following the departure of their patriarch many years ago and did not fail in standing in the gap for them till she breathed her last.

The Chairman, Nigeria Governors Forum noted that though the late Madam Akeredolu lived to a ripe age, the vacuum created by her demise would make her children and close associates who usually looked up to her for prayers and wise counsel miss her sorely.

“I commiserate with my dear brother, Governor Akeredolu on the passing of his beloved mother, Lady Akeredolu. Mama was a woman of grace, blessed by God. She did not only give her children good education and supported them, she witnessed their greatness. She was a rallying point for many of us who are close to the family.

“Although her passing would leave a vacuum, it is a glorious exit, a celebration of life well spent in the service of God and humanity with attendant positive impact on the lives of many.

“On behalf of my wife, the government and good people of Ekiti State, I commiserate with my brother, the Governor of Ondo State and the entire Akeredolus on this irreparable loss. May God grant the departed beloved mother eternal rest,” Fayemi said.