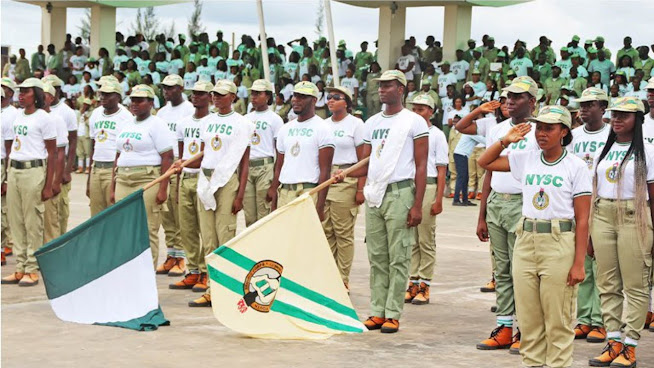 The Federal Government has urged states and local governments, including other stakeholders in the country, to provide their statutory responsibilities for the National Youth Service Corps.

The FCT Minister, Alhaji Muhammad Musa Bello, stated this in his address today while declaring open the 2022 NYSC National Governing Board Meeting with the 36 chairmen of the NYSC State Governing Boards, including FCT, held in Abuja.

He said NYSC is a strategic national institution that has continued to remain relevant by harnessing the potential of corps members for national development.

The Minister, who was represented by the Chairman, NYSC FCT Governing Board, and Mandate Secretary, Hajia Hadiza Muhammed Kabir, commended the performances of successive batches of corps members during national assignments like elections, immunization against polio, hepatitis, meningitis, population, and housing census among others.

He added the Federal Capital Territory Administration would continue to perform its statutory roles for NYSC.

“My administration has approved the construction of a new Permanent Orientation Camp in Kwali, while a new Secretariat Complex is also underway in pursuance of this administration’s determination to ease the operations of the Scheme in the FCT.

“May I reiterate that NYSC Scheme is the responsibility of governments at all levels and must not be in the care of only one,” the FCT Minister said.

Alhaji Bello stated further that one of the key responsibilities of all tiers of government is to ensure that youths are enabled with veritable platforms to contribute their quota to national development while also preparing them for future leadership roles.

He added that NYSC provides the platform and should therefore be supported by all concerned stakeholders to achieve its mandate. He urged participants at the meeting to evolve strategic ideas that will elicit improved stakeholders’ performance in discharging their constitutional roles to the Scheme.

In his goodwill message, the Minister for Youth and Sports Development, Mr Sunday Dare, whose address was read by Malam Jafar Musa, added that the contributions of the NYSC to national growth since inception, especially in the areas of health, agriculture, infrastructural development, education, national unity and among others cannot be over-emphasised.

Dare emphasized that the Scheme has been committed to advancing the socio-economic growth of the country through the establishment of developmental programmes like the NYSC Skills Acquisition and Entrepreneurship Development (SAED) programme, NYSC Ventures such as the rice producing factories, the NYSC bakeries, and water factories, the NYSC Printing Press and others through which the Scheme generates revenue to the Federal Government in line with its mandate.

“May l at this juncture call on Governments at all levels and other stakeholders to accord the Scheme all the needed support to ensure its success in all ramifications,” Dare added.

She hinted that the NYSC Scheme, in its almost fifty years of existence, has achieved a lot in contributing to the socio-economic development of the country but added that a lot has to be done to enable it fully accomplish its objectives.

“We have witnessed negligence and lack of commitment in areas such as the provision of Permanent Orientation Camps, upgrade of facilities in Orientation Camps, the establishment of NYSC State Governing Boards and Local Government Committees, payment of state allowances to corps members, the release of statutory state subvention to state secretariats, provision of office accommodation for NYSC State Secretariats, provision of Corps Lodges among others which hamper the smooth conduct of our operations.

“Our target is to sensitize and re-energize ourselves for improved performance as the Boards of the NYSC at all levels to ensure optimal achievement of the scheme’s mandate”, Balla said.

In his vote of thanks, the NYSC Director General, Brigadier General Muhammad Kaku Fadah commended the State Governments that have been performing their statutory responsibilities to the Scheme while he also appealed to others to put in more efforts.