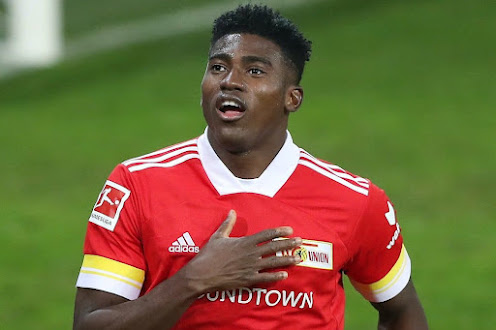 Taiwo Awoniyi is determined to score on a regular basis for the Super Eagles.

The Nottingham Forest forward has scored once in four appearances for the three-time African champions.

The 25-year-old fired blanks as the Super Eagles were forced to a 2-2 draw in a test game on Friday.

“Every striker wants to score a goal because your job is to score goals and help your teammates, “Awoniyi told NFF TV.

Awoniyi also speaks on the team’s upcoming friendly against the Desert Foxes.

“I think it will be a good game for both countries, “he added.

“Algeria is a country with a lot of quality players but for us, it is a game which will make us know each other more and keep us focused for the next challenge.”