Man to sweep court premises in Ekiti over assault 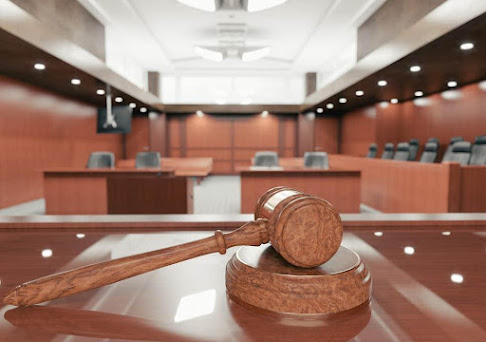 When the charge was read and explained to him, he pleaded not guilty.

The charge reads that the defendants on 31/01/2022 at about 1:00p.m at Odo-Uro Community, Iyin Ekiti in Ado Ekiti Magisterial District, did assault one Oke Boluwaji by slapping him.

The offence is contrary to and punishable under Section 351 of the Criminal Code, Cap C16, Vol. 1, Laws of Ekiti State Nigeria, 2012.

In his statement to the police, the victim said, “I bought the land at Odo-Uro, Iyin Ekiti, from a Chief with yams planted on it; some of the yams were destroyed while fencing the land. After some time, the defendant came to claim damages for the destroyed yams; after intervention from the Chief and other neighbours, I paid him a sum of N100,000 for the destroyed yams, he was warned not to disturb me on the land anymore, and he packed the damaged yams, he also came back to uproot the rest, yet, he always come to disturb me and other workers on the land, the matter was reported at the Police Station, he was arrested and later released after warning and cautioning him.

“The defendant came back again after some time, I held him and called the Chief; when the Chief arrived, he started slapping me continuously in the presence of the Chief.”

To prove his case, the prosecutor, Inspector Elijah Adejare called three witnesses; he tendered statements of the victim and defendant, a shirt, and a stone as exhibits. While the convict spoke in his own defence through his counsel, Paul Komolafe, who pleaded to the court to temper justice with mercy, called one witness.

Delivering his judgment, Magistrate Olatomiwa Daramola said the facts and circumstances of this case point to the guilt of the defendant. He was found guilty and convicted accordingly.

“The convict is a young man who can still be useful to society if given the chance. He is hereby sentenced to one-month community service within the High Court premises to be supervised by an officer of the Non-Custodial arm of the Nigeria Correctional Services,” he ruled.