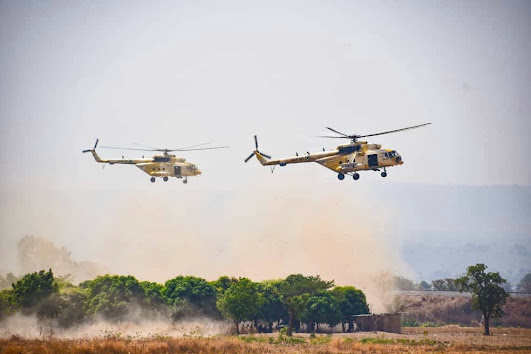 It was gathered that multiple airstrikes were conducted by the Air Task Force, Operation Hadin Kai on August 30 and 31, 2022, at the terrorist camps of Gargash, Minna, and Gazuwa, in the Bama Local Government Area.

Zagazola Makama, a counter-insurgency expert and security analyst in Lake Chad, said that the airstrikes targeted a moving truck of the terrorists in Gargash, killing all its occupants on Aug 30, 2022.

The sources noted that combat aircraft took another turn attacking targets at another location in Minna, scoring crucial hits on the hideouts leading to the neutralization of several Boko Haram fighters while others escaped with bullet wounds.

On August 31, another air strike was conducted in Gazuwa after intelligence surveillance revealed the the large presence of the fighters engaging in some sort of transactions.

The ATF, therefore, detailed its fighter jets to attack the two locations, killing scores of the terrorist and destroying their equipment, some of which was seen engulfed in flames.

The sources said that about 29 terrorists were neutralised in Gazuwa, one truck with four fighters killed in Gargash, while 16 other fighters met their waterloo in Minna.

The top Intelligence sources noted that the Air Force, operating in concert with surface forces, will sustain its offensives against the terrorists in the Northeast.