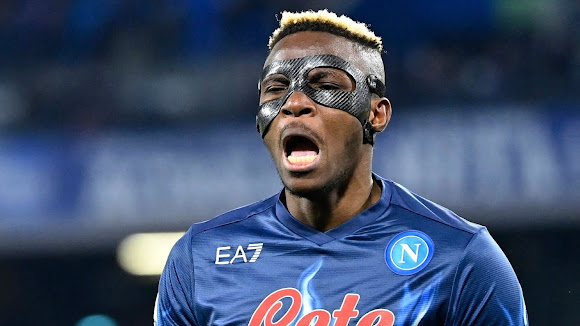 Napoli forward Victor Osimhen could be set for a short spell on the sidelines after picking up an injury in the club’s 4-1 win against Liverpool on Wednesday.

The Partenopei have confirmed a second-degree lesion in the striker’s right bicep and further stated he has started his recovery program.

Osimhen was forced off the pitch in Napoli’s 4-1 win over Liverpool at the Diego Armando Maradona Stadium.

The striker could remain out of action for more than a month as a result of the setback.

According to Calciomercato.com, it usually takes four to five weeks to recover from these injuries, so Osimhen is expected to be on the sidelines until after the international break in October.

The Nigerian has scored two goals in six appearances across all competitions for Luciano Spalletti’s side this season.

The Blues will host Spezia at home on Saturday.