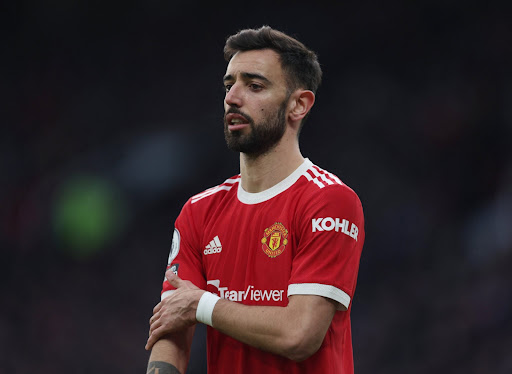 Portugal midfielder, Bruno Fernandes has claimed that there is no need to make a soap opera around captain Cristiano Ronaldo’s frustration.

Fernandes said this while supporting Ronaldo following their 1-0 defeat against Spain in the UEFA Nations League on Tuesday.

Ronaldo was wasteful in front of goal during the encounter, missing big opportunities to give Portugal the lead as Spain eventually won the game.

The victory saw Spain advance to the Nations League finals, scheduled to be held next year.

Croatia, The Netherlands, and Italy are the other three teams to have made it to the finals.

After the match, Fernandes was quizzed about Ronaldo’s frustration.

“Cristiano is here to help and will continue to help. It is ok. Frustration is normal, he wants to win and score goals. There is no need to make a soap opera around him. The goals will appear, they are phases. Have more peace of mind,” the Manchester United midfielder told the media after the match (via OJogo).