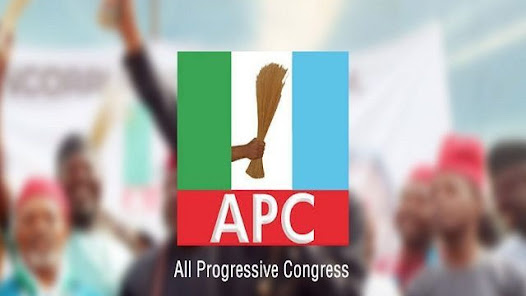 No fewer than 39 members of the All Progressives Congress, APC, in Benue State, on Monday, asked a Federal High Court sitting in Makurdi to nullify the gubernatorial primary election of the party in the State.

The APC members dragged the Independent National Electoral Commission, INEC, APC and Rev. Fr Hyacinth Alia to court over the alleged infringement on their rights to vote at the said direct primaries of the party.

The members alleged that there was no form of accreditation and the said primary was never held inline with the extant laws regulating the conduct of direct primary election, therefore the results declared is null and void.

Pine Benjamin and 38 other APC members are seeking a determination of the Court, whether by the combined interpretation of sections 77(2) and (3),82(1),(2)and (5); 84(1),(4)(a)-(c) and (13) of the Electoral Act, 2022 and sections 177(c)and 285(14) (c-the part that commences with “or” to the end thereof), of the constitution of the Federal Republic of Nigeria, 1999 as amended, read together the relevant exhibits attached to the supporting affidavit hereto INEC is not under duty and can be compelled by the Court to refuse to publish and/or refuse to put the name of Rev. Alia or any of the guber aspirant as a candidate sponsored by the APC for the 2023 governorship election in Benue State.

They are also seeking an order of perpetual injunction restraining the Independent National Electoral Commission, INEC, from accepting names of any aspirant as governorship candidate of the APC for the 2023 general elections in Benue State.

During the hearing, counsel to the plaintiffs, Samuel Irabor, who filed a 38-paragraph affidavit in support of the originating summons along with accompanying documents, urged the court to grant the reliefs sought by the plaintiffs.

He submitted that INEC, which is the first defendant in the suit, had elected not to defend the suit.

Irabor urged the court to deem the uncontroverted averment as admittance, inline with section 123 of the Evidence Act, 2011.

On the opposition by counsels to Terlumun Ikya and Sam Ode, Jerry Aondo that the plaintiffs are meddlesome interlopers, Irabor submitted that that argument is based on section 87(9)which is not in the Electoral Act 2022, but the old Electoral Act.

He drew the attention of the court to 4th alteration to the 1999 Constitution of the Federal Republic of Nigeria, assented to by president Muhammadu Buhari in May 2018, which has given birth to section 285(14)(c) which empowers not only aspirants but political parties and any complaint to be on a primary election to be heard by the court.

On the objection by Alia’s counsel, Mamman Mike Osuman, SAN, that the plaintiffs didn’t file the suit within time, Irabor argued that the suit was filed on June 9th, 2022, and the APC was still conducting rerun in the purported governorship primary election on the same day.

Irabor pointed out that the membership form annexed by the plaintiffs is same with that of the Presidential candidate of the APC, Bola Tinubu and Rev. Alia, a fact Alia’s counsel has failed to respond to.

He urged the court to discountenance the objections of the defendants to the suit and grant the reliefs of the plaintiffs.

Counsel to the APC, Dikko Ishaku, SAN, counsel to Rev. Alia, Mamman MkketOsuman, SAN, and that of Dr. Terlumun Ikya and Sam Ode, Jerry Aondo all urged the court to dismiss the suit.

Osuman, SAN, submitted that the suit was incompetent and should be dismissed.

After listening to the arguments of the lawyers, the Presiding judge, Justice Abdul Dogo adjourned the matter for judgement on a date to be communicated to the parties in the suit.