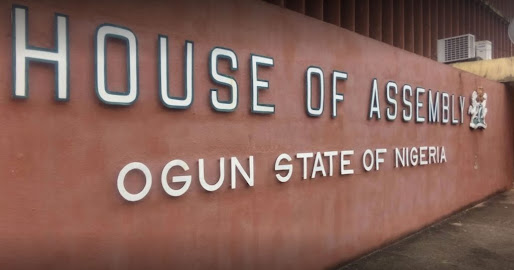 The Ogun House of Assembly on Tuesday confirmed Mr Lateef Balogun as the new Auditor-General of Ogun State.

Saga Gist reported earlier that Governor Dapo Abiodun had written the lawmakers, seeking the screening and approval of Balogun for the post of the State Auditor General.

After the screening, the Assembly urged the Governor to go ahead and appoint him to occupy the position.

Balogun’s confirmation followed the presentation of a report of the Committee of the Whole House, chaired by the Speaker, Olakunle Oluomo as presented by his Deputy, Akeem Balogun.

The Deputy Speaker had moved for the adoption of the report and he was seconded by Bolanle Ajayi and supported by the Whole House.

The report read that the curriculum vitae and credentials of Balogun were thoroughly scrutinised by the lawmakers, after which he was interviewed.

“The Committee found Mr. Balogun Akorede Lateef eligible and suitable for appointment into the exalted office of State Auditor General in the State,” it was stated.

The Committee had recommended that the confirmation of Balogun be approved by the House, saying he is eligible and suitable to hold the Office, in consonance with the provision of section 126 of the 1999 Constitution.

Consequently, the Deputy Speaker moved the motion for the confirmation of the appointment of the new Auditor General, seconded by Musefiu Lamidi and supported by the Whole House through a unanimous voice vote.