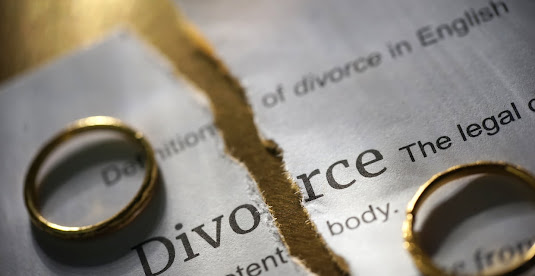 An Ogun State Customary Court sitting Ake, Abeokuta, has dissolved the 13-year-old marriage between one Ibrahim Idris and his wife, Shakirat.

Saga Gist reports that the marriage was dissolved over an alleged threat to life.

The husband, a resident of Adigbe, Abeokuta, had approached the court, alleging that his wife and her family members were threatening anytime he had minor issues with his wife.

Idris prayed the court to put an end to the relationship between him and his estranged wife, Shakirat over frequent fighting and the woman’s lack of proper care for their children.

The father of four also accused his wife of publicly assaulting and embarrassing him on several occasions.

According to the applicant, Shakirat, without any tangible reason, took the children and packed out of the house to her parent’s house, while denying him access to the kids.

“We got married in 2009. It all started in 2019 when I got home a particular day and I did not meet my wife. I called her and she told me she was in her parent’s house in Ibadan.

“She’s fond of instigating her family members against me to the point that they have threatened my life,” Idris said.

It was gathered that Shakirat had not been coming to court.

In her judgment, the President of the court, Mrs. A. O. Abimbola, found it proper for both parties to go their separate ways, since “the marriage had broken down irretrievably.”

Abimbola said the court had no choice but to dissolve the marriage as the wife refused to appear before the court after being served of hearing notice several times.

“The evidence of the petitioner remains uncontroverted. The petitioner said it was the respondent that moved out of the house herself and all efforts to reconcile them failed.

“The respondent came only once to this court but never came back to defend the suit. This confirms that she is no longer interested in the marriage.

“The evidence of the petitioner showed that dowry was paid, there were introduction and engagement. They also did a Nikah. The evidence was not challenged.

“As we have stated earlier, the reasons given for dissolution of marriage by the petitioner which were not controverted stand. The customary marriage between the parties; the petitioner, Idris Ibrahim and Idris Shakirat, the respondent is hereby dissolved.

“The custody of the children and maintenance are already before the Family Court, Isabo, Abeokuta, Ogun State,” the court ruled.