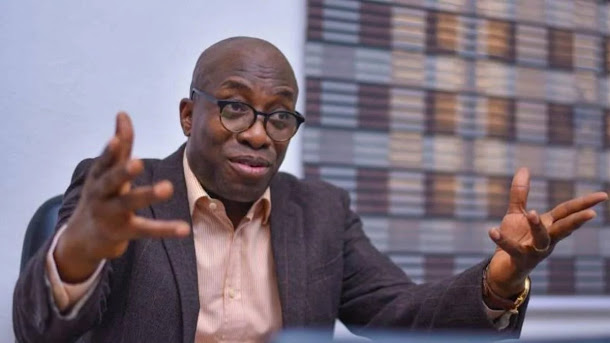 An Ogun State governorship hopeful, Segun Showunmi, has told his supporters not to be disturbed by the list of candidates released so far by the Independent National Electoral Commission (INEC).

According to Showunmi, the list of candidates released by the electoral umpire for the PDP in Ogun “is not reliable until justice is served.”

Showunmi, in a statement on Wednesday, said there is a case in court, saying the court would deliver its ruling soon.

The former spokesman to former Vice President Atiku Abubakar maintained that the list sent out by INEC meant nothing until the case is decided.

The Egba chief stated that: “We are in court, and so, a list released by INEC in the case of Ogun means nothing for election until the case is decided. And soon, it will.

“Let the ignorant rejoice. They will soon “lule”. In the corners of their rooms, they know this. Informed members of the public also know this very well. Let no one deceive anyone.

“A house built on illegalities cannot stand. On justice, we wait.”

Saga Gist reports that Showunmi had claimed that he would be declared the governorship candidate of the PDP in Ogun soon.

He expressed confidence that the court would remove Ladi Adebutu, who is currently being recognized by INEC and the party as the gubernatorial candidate for the 2023 election.

INEC had on Tuesday released the list of candidates for the Senate and House of Representatives elections.

Our correspondent reports that the list favours all the candidates within the Adebutu camp, triggering reactions from other camps.