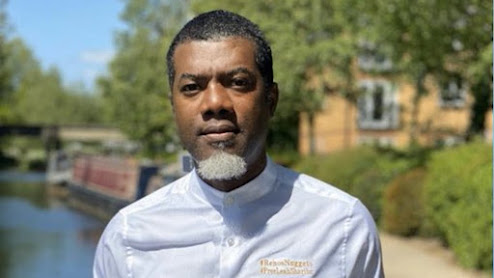 A socio-political activist, Reno Omokri, has explained that the millions of Naira returned by members of the Peoples Democratic Party, PDP, National Working Committee (NWC) over alleged bribery were for housing allowance.

Saga Gist had reported that some members of the PDP National Chairman, Iyorchia Ayu-led NWC had returned money totalling over N122 million forwarded to their bank accounts.

The development came a few days after allegations were raised against the party’s Chairman Ayu by the Rivers State Governor, Nyesom Wike.

Wike had during a media chat in Port Harcourt, alleged that Ayu collected N1 billion from an undisclosed presidential aspirant.

Reno, a PDP member and staunch supporter of the party’s presidential candidate, Atiku Abubakar, said there was nothing wrong with money sent to the NWC members as being perceived.

He wrote, “You are given a letter of appointment that comes with a list of entitlements, one of which is housing allowance.

“Does it make sense for the Peoples Democratic Party to ask people to move from their bases all over the country to work for the party and then not pay them housing allowances?”

The former media aide to ex-President, Goodluck Jonathan accused people working for the presidential candidate of the All Progressives Congress, APC, Bola Tinubu, of deliberately churning out such reports to distract attention from Tinubu’s alleged ill-health.

“The non story of monies paid to PDP NWC members was released by The Nation. This is a coordinated release to divert the public’s attention from Tinubu’s catheter photo mistakenly unveiled today in an own goal by his aides,” he added.