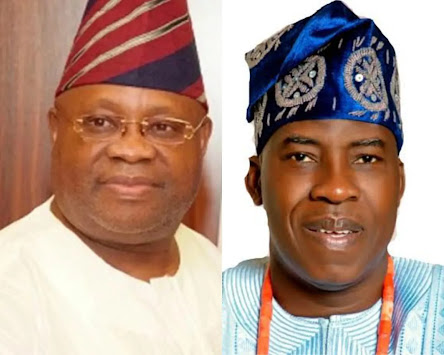 As the Supreme Court is delivering judgement to affirm the candidate of Peoples Democratic Party in the Osun July 16 governorship poll, the Osun State Government has asked the residents to continue their normal daily activities, assuring them of adequate security.

The state’s Commissioner for Information and Civic Orientation, Funke Egbemode, in a statement on Thursday, said security has been fully briefed as everyone can go about his legitimate business without trepidation.

Egbemode noted that the heightening tension in the public space that “today’s Supreme Court ruling on a suit instituted against the candidature of Senator Ademola Adeleke by Otunba Dotun Babayemi, as the governorship candidate of the Peoples Democratic Party in the Osun July 16 governorship will throw the state into a crisis” was sponsored by unfounded assumptions.

While assuring the people of their safety, she equally reminded them to put up the virtuous and “not allow elements for whom decorum is a mirage to saturate our atmosphere with fear.

“We implore our good people to rein in their children so that they are not used as cannon fodder in the battle that has nothing to do with the government of the day or the collective interest of Osun people. The judgment is strictly a Peoples Democratic Party affair.

“We urge our people to keep their eyes peeled as they go about their normal duties, and keep a safe distance from any activity that can infringe on our peaceful coexistence as a people, especially since 2018. We are known for good character, we should therefore not join issues with people known for cantankerous acts,” she added.