PDP: Amid calls for resignation, Ayu jets out of Nigeria 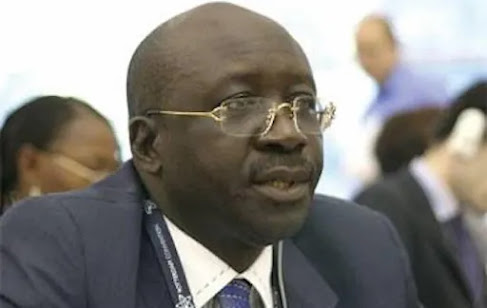 Amidst calls for his resignation, the National Chairman of the Peoples Democratic Party (PDP), Senator Iyorchia Ayu is to embark on a medical trip to Europe on Wednesday.

They argued that a northerner is the presidential candidate, National Chairman and also the Chairman PDP Governors Forum is from the zone.

Ayu in a statement by his Special Adviser Media and Communications, Simon Imobo-Tswam, Tuesday hands over to Deputy Chairman (North), Amb. Iliya Damagun in accordance with the PDP constitution.

“Ayu will be out of the country for about two weeks.

“While away, the Deputy Chairman (North), Amb. Iliya Damagun, will act in his place.

“Already, the National chairman has communicated the handover to the Independent National Electoral Commission (INEC). He is expected back at month-end”.

A credible source that is close to the PDP National Chairman exclusively disclosed that the trip to Europe is for medical treatment.

The source said, “it is not vacation and not official. But, a medical trip”.