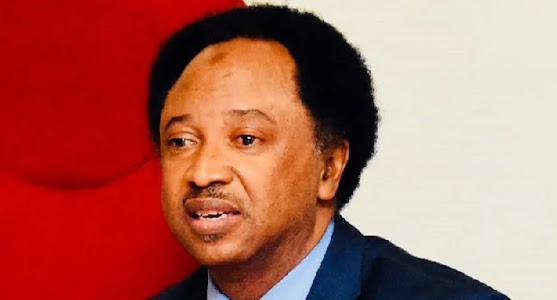 Shehu Sani, a former Kaduna Central Senator, has reacted to the continued crisis in the Peoples Democratic Party, PDP.

Sani said the resignation of Walid Jibrin as PDP’s Board of Trustees, BoT, Chairman, has opened a new window to the crisis rocking the party.

He urged PDP to rise above the crisis and unite.

In a tweet, the former lawmaker warned that failure to unite would lead to PDP’s annihilation.

He wrote: “The PDP’s internal crisis is widened by external meddling, but it’s part of the game.

“The party should rise above this, unite & match to power because the alternative to this is suicidal self-annihilation. The resignation of Bot chair, Sen Walid Jibrin should open a new window.”

On Thursday, the crisis rocking the PDP took a new twist as Jibrin resigned from his position.

This followed conflict over the alleged skewed structure of the key national positions of the party in favour of the stakeholders from the northern region.

Recall it is the main plank of the controversy rocking the party soon after the emergence of former Vice President Atiku Abubakar as a presidential candidate and his running mate, Governor Ifeanyi Okowa.

However, Jibrin made this declaration at the ongoing PDP National Executive Council at the party’s national secretariat in Abuja.