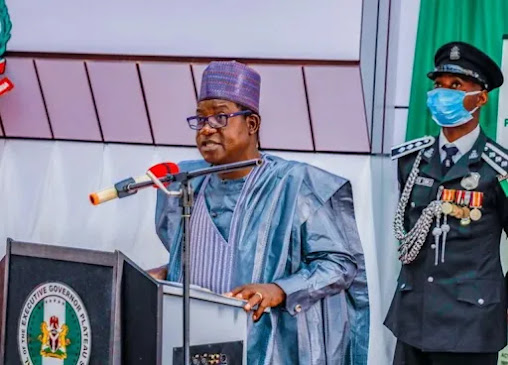 Saga Gist recalls that Governor Lalong, who is vying for the senatorial seat for Plateau South and also the Director General of Tinubu/Shettima Campaign Organisation, had at the weekend in Southern Plateau (Shendam) said that whoever did not want to remain in APC should leave the party.

He also declared that APC will win the three senatorial seats, eight House of Representatives seats and all the 24 seats in the State House of Assembly.

Laven made the disclosure while reacting to the Governor’s outburst at the weekend in Jos.

“It means that as DG Tinubu/Shettima Campaign Organisation they have concluded plans to rig the 2023 election in the state.

“I can assure anybody that cares to listen that with that statement the Governor is going to find it very tough.

“He has said it clearly that the election is going to be rigged. I want to know whether INEC has given power to the governor to come out openly to make such a statement that whether we like it or not is a concluded deal.”

Laven explained that this is not how a leader should speak, adding that governor Lalong is always making statements that are tantamount to tearing the state apart.

Reacting to the allegation raised, State Publicity Secretary of APC, Mr. Sylvanus Namang, said the opposition party has already conceded defeat before the election in 2023.

According to him, “they are jittery of the ruling party everywhere in the state even when campaigns have not commenced.

“As far as APC is concerned, they are just testing the microphone.”

Namang added that APC is fully prepared to win all elections in the state, come 2023.