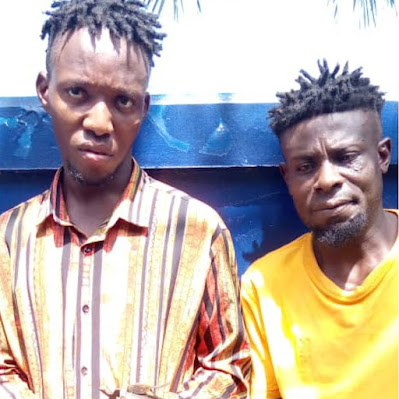 The suspects include, Eze Paul ‘m’ 27yrs of Okofia and Henry Dukkwu of Ugbetiti ‘m’ 28yrs both of Issele-Azagba in Aniocha North Local Government Area.

They were arrested after the Police intercepted a commercial tricycle with Delta State colour Reg.No.AWK 941 QC and tag No. DT/CT/10550B after a thorough search.

The commercial tricycle was driven by one Anthony Onyekaba ‘m’ of No. 223 Asei Quarters Azagba Ogwashi-Uku with four occupants.