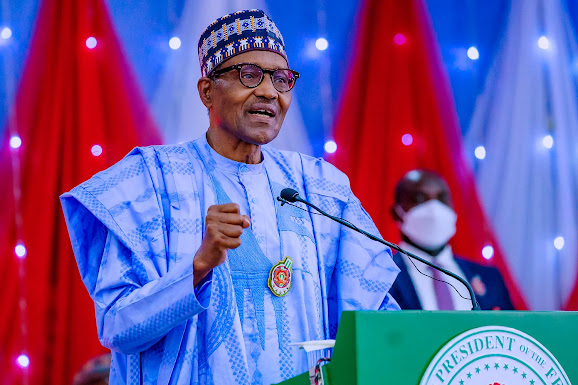 President Muhammadu Buhari has charged the Nigerian Judiciary to remain an honest arbiter in its role in the electioneering process, both at the pre and post-election stages of the 2023 political dispensation.

Speaking during the commissioning ceremony of the 3,000-sitting capacity building of the Body of Benchers (BOB) in Abuja on Thursday, Buhari said his administration will not renege in adhering to the rule of Law, which he said, remain critical to the progress of any society.

The President commended the Body of Benchers under Chief Wole Olanipekun SAN for the efforts in keeping the wheel of justice turning effectively by providing a solid foundation for upholding the rule of law.

He said the building, which is a major achievement for the BOB, will boost the infrastructural development of the country’s legal profession.

“I am aware that the Body of Benchers is responsible for the formal call-to-Bar of persons seeking to become legal practitioners as well as ensuring the highest standard of discipline within the profession.

The President said he awaits the review of the conditions of service of Judicial Officers in Nigeria against other countries within and outside Africa by the consultants engaged by the leadership of the BOB.

“A society where justice thrives is one that can be assured of development. For Nigeria to effectively embrace sustainable development, institutions, such as the legal profession must remain deeply committed to promoting good governance”, he said.

The BOB chairman, Chief Olanipekun, in his speech called for a more virile and independent Judiciary, as the constitution thrives on the doctrine of separation of powers ably propounded by the French political philosopher Baron de Montesquieu, since 1748.

Worried by incessant complaints of poor conditions of service by Judicial Officers across the country, he said, the BOB set up a Standing Committee known as the Body of Benchers Judiciary Advisory Committee to constantly interface with members of the Bench in order to take their concerns and frustrations up with the appropriate authorities.

“Critical to its mandate is the task of comparing packages made available to Judicial Officers in other jurisdictions”, he said and added that the body awaits the implementation of the report and recommendations of the 2018 Committee on the Review of Judicial Salaries and Conditions of Service.