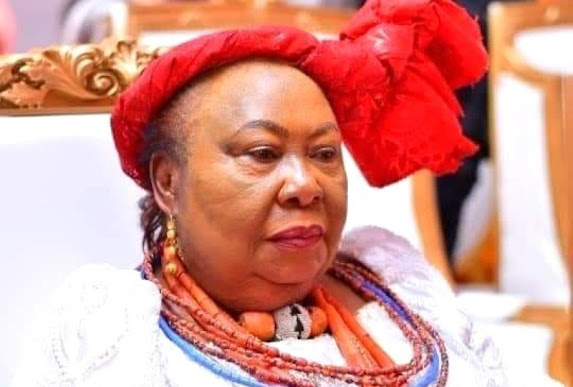 Activist, Chief Rita Lori-Ogbebor has condemned the award of pipeline protection to Government Ekpemupolo, a.k.a. Tompolo.

There is controversy over the federal government job allotted to the Movement for the Emancipation of Niger Delta (MEND) leader.

After years of hardline, the Buhari administration engaged Tompolo, arguably Nigeria’s strongest militant. He got the same deal during the Jonathan presidency.

The government opened talks with him as illegal bunkering saw the country lose over 500,000 barrels per day.

Speaking to reporters in Abuja on Monday, Rita Lori declared that it was wrong to hand over the guard of the pipeline to an individual.

The Igba of Warri Kingdom said it was the duty of the national government to take control of happenings in the oil-rich South-South region.

She accused the authorities of treating a matter involving the nation’s biggest earner of foreign exchange with levity.

The prominent Itsekiri leader wondered why the government could not protect oil facilities to avoid theft and other problems.

“Despite the warning, they went ahead to award the contract to Tompolo. This has resulted in disagreement.

“There has been a parade of guns in a show of force. The region may be enveloped by war any moment from now,” she said.

Lori, who maintained the contract must be revoked for peace to reign, also decried the state of the Niger Delta Development Commission (NDDC).

The activist said politicians use the agency “to cart away the booty of the country.. because that is where there is money.”

She noted that people, including governors, have discarded the NDDC Act and placed their relatives on the board.

Lori reminded Nigerians that the report of a forensic audit commissioned by the presidency has not been made public since.

She said, “There is anarchy in the Niger Delta and I feel that the world should know about it.

“I earlier said that the insecurity Nigerians should worry about is not the type going on in the North, but that of the Niger Delta.

“What we have today will be a child’s play if the insecurity fully manifests itself. If it has not, it will soon do so in another few months.”

Lori further complained about the proliferation and display of high calibre arms and ammunition without fear.

“The federal government is not doing anything about it; rather they aid and abate the problem of bloodshed,” she added.