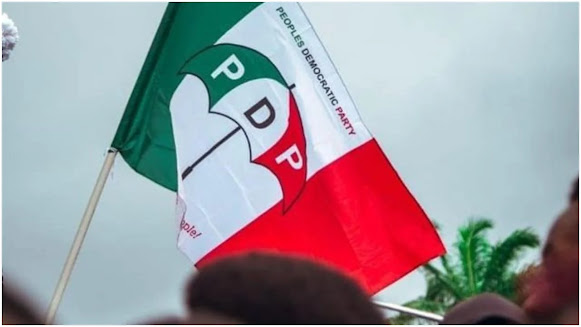 The Peoples Democratic Party (PDP), in Ogun State, has said it stands with the National Chairman of the party, Senator Iyorchia Ayu, amid calls for his resignation.

Ogun PDP members said they are refuting a claim by Governor Seyi Makinde of Oyo State that the entire Southwest stakeholders had called for Ayu’s resignation.

Makinde was said to have made the claim at the Southwest Stakeholders Interactive Session with the PDP presidential candidate, Atiku Abubakar in Ibadan on Wednesday.

In a statement on Friday, the PDP Publicity Secretary in Ogun State, Akinloye Bankole, said “the leaders disassociate Ogun State chapter of the party from the pronouncement of Governor Seyi Makinde and affirm that there was no prior meeting nor agreement relating to such pronouncement.”

According to Bankole, the leaders are of the view that the current demand for Ayu’s resignation “is ill-timed and dangerous for the wellbeing of the party especially as the political mobilization and campaigns for 2023 general elections build up across the nation.”

He said, “Ogun PDP strongly insists that the sanctity of the party constitution cannot be slaughtered on the altar of narrow individuals’ whims and caprice.”

Bankole posited that the party, at this crucial stage of its democratic existence, requires full concentration to remain focused on its goal of rescuing and repositioning the country for prosperity and abundance.

He maintained that all forms of distractions should be jettisoned for the common good of all.

The spokesman stated further that the Ogun PDP leadership is fully committed to the presidential aspiration of Atiku and his running mate, Governor Ifeanyi Okowa.