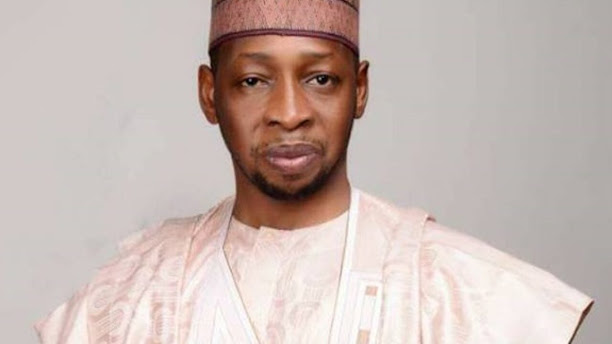 This followed the Economic and Financial Crimes Commission (EFCC) declaration to the court that AA Zaura, who was earlier granted bail from the commission’s custody could not be accounted for.

When the case came up on Monday, the EFCC told the Kano Federal High Court that Zaura, who is the Kano Central Senatorial Candidate of All Progressive Congress(APC), who is also standing trial for alleged $1.30 million fraud, is nowhere to be found.

The EFCC filed a charge of criminal conspiracy and obtaining money by false pretence to the tune of $1.3 million against the defendant.

When the case came up for arraignment,
the prosecution counsel, Mrs Aisha Habib, told the court that the defendant is nowhere to be found for arraignment.

“This is a criminal case and the defendant must be in court to answer his plea even if he is challenging the jurisdiction of the court to arraign him.

“This is a total disrespect, the defendant have to be in court before he can file an application challenging the jurisdiction of the court to arraign him,” Habib said.

Counsel to the defendant, Barr. Ibrahim Garba-Waru, told the court that at this critical stage of the proceedings, the presence of the defendant is not mandatory.

“Section 266(b) of Administration of Criminal Justice Law(ACJL) 2015 says in a criminal trial the presence of the defendant is necessary but where there is an exception of interlocutory application challenging the jurisdiction of the court to arraign him can not take place.”

Garba-Waru said the defendant is not in court because he is not physically fit to stand trial.

“The defendant on Oct.14, filed an application challenging the jurisdiction of the court to arraign him and in as much trial didn’t start his appearance in court is not necessary.”

The presiding judge, Justice Muhammad Nasir-Yunusa, said in a criminal case the defendant must be in court.

Nasir-Yunusa ordered both parties to file a written address on why or not the defendant to appear before the court and adjourned the matter until Nov.10.

On June 9, 2020 the defendant was discharged and acquitted by a Federal High Court over a nine-count charge of $1.3 million fraud.

However, not being satisfied with the acquittal judgement, the EFCC filed an appeal, obtaining judgement by the Kano Court of Appeal division on April, 2022, who ordered a fresh retrial of the case earlier dismissed and acquitted by a Kano Federal high court which ruled in favour of the defendant.