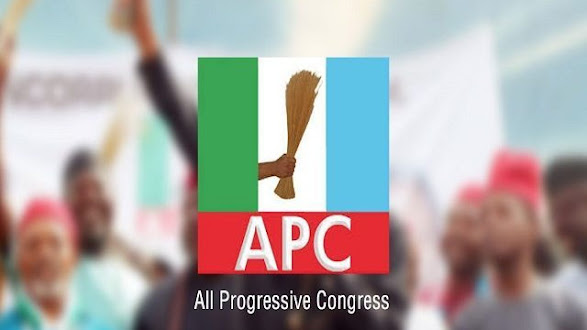 The Assistant Legal Adviser of the All Progressives Congress (APC) in Yenagoa Local Government Area, Amakiri Obaze and his supporters have dumped the party for the ruling Peoples Democratic Party (PDP) in the state.

Also, the Director Media and Publicity to the House of Representative Campaign team for the Ogbia Federal Constituency candidate, Ibu Williams Mizodome, led some APC members to the PDP.

It was gathered that while Obaze, who was the Assistant Legal Adviser of the APC in Yenagoa Local Government Council announced his defection through a resignation letter to the ward chairman of the party, Mizodome, who also doubled as the Secretary Obhan Emeyal Traditional Council announced his defection at the Ward Headquarters of the PDP in Emeyal ll and was received by the ward chairman, Elder Anyama Igobasi and the local government chairman, Anyam Moses.

Obaze, in his defection letter dated 17th of September, 2022 on Monday, attributed his defection from the APC to the PDP as a result of the recent development in the party that are not in tandem with the core principles and values which define the basis of his allegiance to the party.

“I also saw reasons with my supporters for us to move back to the PDP in view of the numerous achievements that have been recorded in the last few years by the administration of Gov. Diri,” his letter partly read.

In his defection speech at Emeyal community in Ogbia Local Government, Mizodome, who had also been the Accord Party flag bearer in the 2019 House of Assembly election, said his defection to PDP was due to the dividend of democracy attracted to Ogbia by the present administration of Governor Douye Diri.

He also told PDP faithful at the venue, including the state Publicity Secretary, Hon. Ebiye Ogoli, Hon. Chief (Dr) Ebinyo Marvins Turner, PDP House of Representatives Candidate Ogbia federal Constituency, Hon. Eto Okirnya, immediate past PDP Caucus Chairman, Chief Gabriel Michael Ogbara PDP House of Assembly Ogbia Constituency 3 candidate, Director of Transport Government Staff, Hon Ebiegberi Diri, Hon Ebikeme Diri, Chiefs and elders of Emeyal 2 and Kolo town, that “the present administration of Governor Douye Diri and the PDP reconnected the Ogbia people to the state by completing the collapse bridge at Elebele community and also allowed the area have a seat at the Federal House of Representatives. We are grateful and ready to contribute our quota in the administration service to humanity.”

In his brief, Gabriel Michael Ogbara, the PDP House of Assembly Ogbia Constituency 3 candidate, promised to engage Ibu in his campaign team just like every other party member. Noting that PDP is his original home and he is glad of Ibu returning home to support the Governor Douye Diri led-prosperity administration.

In another remark, Hon. Lucky Youbougha, Director Special Duties and Transport, Government House state, reiterated that Ibu return to the PDP family will add more value to the party.