2023: Chidoka denies being commissioned to lead attack on Peter Obi 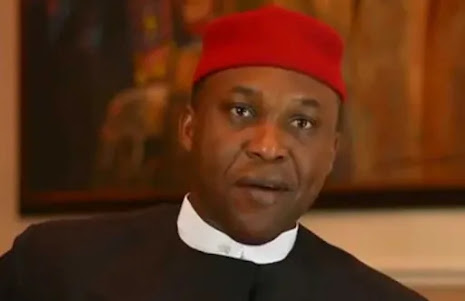 Former aviation minister, Chief Osita Chidoka, has denied allegations that he has been commissioned to lead an attack on his fellow Anambra-born presidential candidate of Labour Party, LP, Mr Peter Obi.

Chidoka, in a press statement signed by Comrade Ikechukwu Okafor, head of
his media team, said the allegation is untrue.

The former minister and Corps Marshal of the Federal Road Safety Corps used to be an ally of Peter Obi, but remained in the Peoples Democratic Party, PDP, to root for the presidential candidate, Alhaji Atiku Abubakar, when Obi left for Labour Party.

In the statement, Chidoka said: “Ordinarily, we wouldn’t glorify an unsigned write-up with a reply but, the reply has to be done considering we are in the period of electioneering campaign for 2023 Presidential Election.

“We don’t know what the author of the piece hopes to achieve but we suspect that he used the good name of Osita Chidoka to give momentum to his nefarious goal of tarnishing Peter Obi’s name.

“His crude tactics of sharing unprintable and libellous allegations against Peter Obi using the attention-grabbing name of Osita Chidoka should be clear to any discerning reader. The writer’s aim is clear and our response is to expose his carefully disguised evil intention.”

Chidoka said he has never been known for negative rhetoric or mud-slinging as far as politics was concerned, and that in 2017 when he ran for governor, his campaign was issues based.

“Chief Chidoka’s robust online campaign and fundraising for the PDP candidate in the 2021 Anambra Governorship election is still fresh in the minds of many as an example of positive messaging.

“We appreciate the concern of friends and well-wishers of Chief Chidoka who have been reaching out to us in his Media Team. Please be rest assured that Chidoka will never descend to such levels in his politics. His engagements are public and guided by his convictions which he publicly espouses.

“We use this opportunity to remind the general public that we are in election season where all manner of political propaganda is deployed to ridicule and discredit perceived opponents. Be discerning and watchful.”