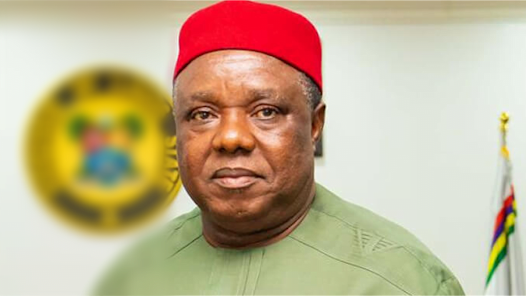 The former Chairman of the Revenue Mobilization Allocation & Fiscal Commission, Mr. Elias Mbam, on Sunday said he can’t dump the ruling All Progressives Congress, APC, after losing the gubernatorial primary election of the party in Ebonyi State.

Recall that Mbam resigned his position and contested for the Ebonyi State governorship ticket on the platform of APC but lost.

The Speaker of Ebonyi State House of Assembly, Mr. Francis Nwifuru, is currently flying the ticket of the party in the state.

Mbam made this known while addressing stakeholders and teeming supporters from the 13 local government areas of the state during a meeting at his campaign office located at Mile-50, the capital of Ebonyi State.

He declared his support for President Muhammadu Buhari-led administration and called on his teeming supporters to remain calm, patriotic, and committed to the APC for the benefit of the state.

According to him: “We acknowledge the overwhelming support, solidarity, prayers, and love expressed and accorded me by Ebonyi people across political, religious and social divides which metamorphosed into a strong movement, from the time I indicated interest to run for Governor of Ebonyi State till now.

“I have no plans of leaving the APC for any other party. I enjoin teeming supporters and Ebonyi people to remain calm, patriotic, and committed to the APC for the benefit of the state.

“I will continue to support the government of President Muhammadu Buhari and avail the people of Ebonyi my wealth of knowledge and experience at all times,” he stated.