2023: I have not withdrawn from presidential race – Tinubu breaks silence 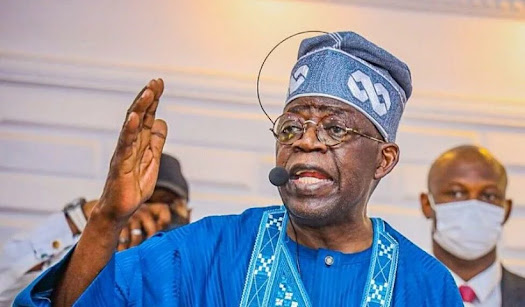 The presidential candidate of the All Progressives Congress (APC), Asiwaju Bola Tinubu, has denied withdrawing from the race.

Tinubu posted a short video of himself on a treadmill on Sunday evening, in a bid to debunk rumours making the rounds.

The former Lagos State Governor wrote alongside it: “Many have said I have died; others claim I have withdrawn from the presidential campaign.

“This is the reality: I am strong, I am healthy and I am READY to serve Nigerians from Day One.”

Tinubu came under criticism as he was missing at last Thursday’s signing of the Peace Accord.

The Peace Accord is a document signed by presidential candidates ahead of the general elections.

However, Tinubu was represented at the event by his running mate, Kashim Shettima, a former Governor of Borno state.

Major contenders in the presidential race, Atiku Abubakar of the Peoples Democratic Party (PDP), Peter Obi of the Labour Party (LP), Rabiu Kwankwaso of the New Nigeria Peoples Party (NNPP) were all present.