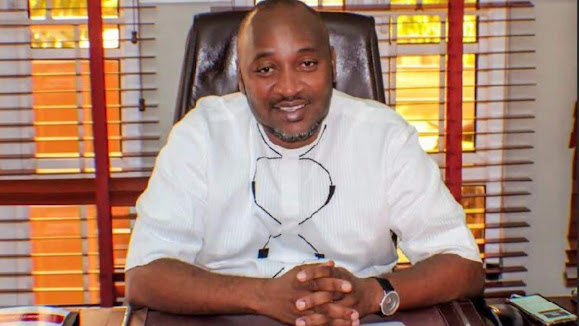 The presidential candidate of the African Democratic Congress (ADC) in the 2023 general election, Mr. Dumebi Kachikwu has said the youngsters in Nigeria who should have championed new age politics are being hired by moneybag politicians.

He lamented that the category of people being hired haven’t realised that it was time they should be championing change in the political system, but they were being rented for ‘crowd competition’ by some presidential candidates, adding that this category of citizens lacked patriotic zeal to fight to rescue Nigeria from the woods.

The ADC flagbearer spoke at a press conference on Monday, declaring that they are enemies of themselves for not being ready for good governance.

According to him, bigger parties that are participating in the upcoming election have become experts in using these people to get themselves into power, adding “if elections were to hold tomorrow, these same people who spend money on votes, who pay the electorate to vote for them will emerge because what we see in the field is that Nigerians are still not ready for the change they clamour for. That is our reality as of today.”

Kachikwu said beer parlour talks and office discussions would not change anything, “if the spent-horse politicians are not confronted with the truth”, stressing that it’s the faces of the same set of politicians decades ago that keep trending in media headlines.

He wondered if the voice of the majority of Nigerians will drown the rich minority, saying that, “but what do you see? In recent times, you will see people under the sun and say they are rich. In the last few days you saw youth marching for Asiwaju; he showed us that he has his own youth also.

He believed that when the majority comes out to back him and says “enough is enough”, the narrative would change.

Kachikwu challenged political stakeholders, including those organising political debate to invite the 18 presidential candidates to tell Nigerians what each of them planned to offer and not the selective approach which they are doing now.

He said: “Organisers of presidential debates should put their cats together as Nigerians don’t tolerate the idea of limiting it to about four presidential candidates on the basis of their own polls.

“Those they are parading as known people are the same people responsible for the failure in the last three decades.”

He advocated that entrants into the race who are vibrant with new ideas be given the chance to feature in the presidential debate as “what happened in the past will not be allowed to happen again”.

He insisted: “Nigerians need to stand up, come out and do the patriotic thing, which is to fight to rescue the country and not make themselves available for rent for stipends.”

He added that the vocal minority have been in power for several years against the silent and impoverished majority.

“In the last two decades, we have had about 9.5 to 10.5 million people determining every four years who will be the president of Nigeria. 85 percent of those people reside in the rural areas and because of their condition, they were being lured with money,” he said.