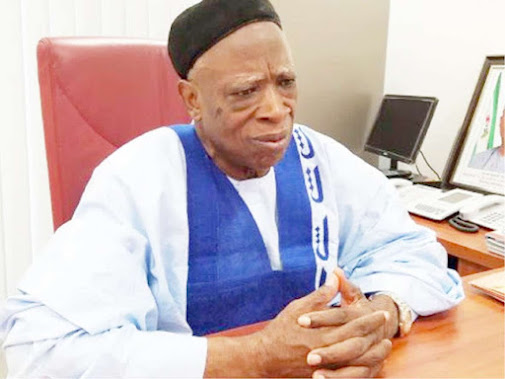 The National Chairman of the All Progressives Congress, APC, Senator Abdullahi Adamu has said that all the presidential aspirants who contested against the party’s presidential candidate, Bola Ahmed Tinubu are all in his support.

Adamu stated this Thursday during an interactive session with the media in Abuja.

Some of the presidential aspirants that contested against Tinubu had kept their distance from the happenings within the party, as well as the activities surrounding the presidential campaign, an ominous sign that all was not well within the ruling party.

But fielding questions from journalists, Adamu faulted the notions held in certain quarters that the presidential aspirants are not in support of Tinubu’s aspiration.

He explained that the leadership of the party has embarked on reconciling the aggrieved party chieftains across the country.

Adamu, however, challenged the media to meet the said presidential aspirants to hear directly from them.

His words: “To the best of our knowledge, they are supporting Tinubu. One thing which the fourth estate of the realm owes as a duty is that each of the aspirants for the presidency of this country that presented themselves during the June convention of the party are still alive.

“I don’t see any reason you have not taken the initiative, having observed or having the state of mind to know where do they stand today, none of you have any restrictions to meeting any of these candidates.

“It is not for me to observe, to start talking for them if you notice anything that is not normal. Or you want something from them that you have not seen. Nothing stops you from talking to any of them.”

“As for reconciliation, it is a work in progress. We have been doing that, we have been talking to them individually. They are always around in the political space. You can always meet them and ask whatever your curiosity or anxiety is. Go to them and see what they tell you,” he added.