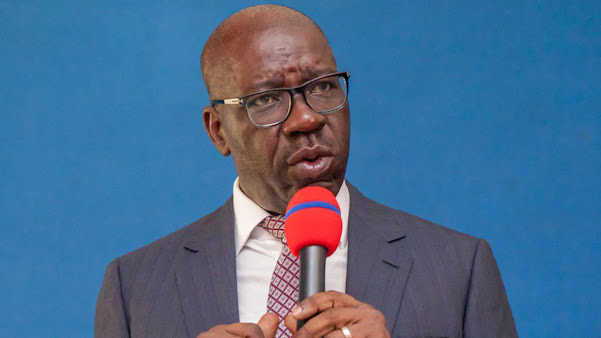 Godwin Obaseki, Governor of Edo State, has said that the Labour Party and its presidential candidate, Peter Obi cannot win the 2023 general election.

Obaseki said this on Monday at the inauguration of the Edo State Peoples Democratic Party’s Campaign Council in the state.

He also mocked Obi’s supporters popularly known as “Obidients” saying they will soon run out of steam.

He added that Nigeria will break if APC wins the 2023 presidential election.

“People who say they are Obidients, of course they will be but they will run out of steam. We know how to manage elections, how many people have been able to do what we are doing? They can’t even form their campaign council not to talk about having a timetable for election, you get it.

“So, this election is ours to lose and the grace of God we will not lose it. We now need to quickly set up our own and then see how we can help other PDP states,” the governor said.