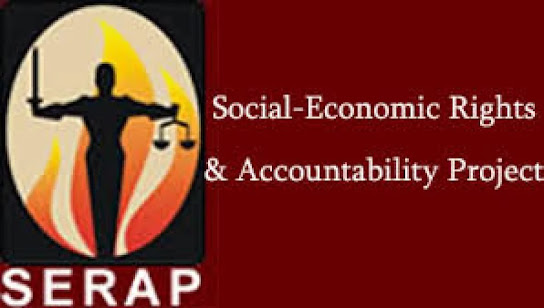 The Socio-Economic Rights and Accountability Project (SERAP) has called on all presidential candidates ahead of the 2023 presidential election to demonstrate leadership by instructing their “campaign councils and political parties to regularly and widely publish the sources of their campaign funding.”

In an open letter at the weekend, signed by SERAP deputy director, Kolawole Oluwadare, the organisation disclosed that transparency would help to curb inappropriate influence on political candidates, ensure equality, fairness and accountability in the country’s democracy.

SERAP added that transparency in campaign funding would enhance public trust in the country’s politicians and political parties and show their commitment to prevent and combat corruption if elected.

The letter partly read: “SERAP would consider appropriate legal actions to hold you and your political party to account for any infractions of the requirements of campaign funding, as provided for by the Nigerian Constitution 1999 [as amended], the Electoral Act and international standards, even after the 2023 elections.

“SERAP urges you to sign ‘transparency pacts’ that would mandate you to disclose the identities of donors and widely publish donations and contributions, including on your party website and social media platforms.

“Transparency in campaign funding would ensure fair and open elections, and address concerns about undue influence by the more economically advantaged and privileged individuals, as well as prevent corruption of the electoral process.”

“The UN Convention against Corruption, to which Nigeria is a state party, obligates states parties to enhance transparency in the funding of candidates for elected public office and, where applicable, the funding of political parties.”