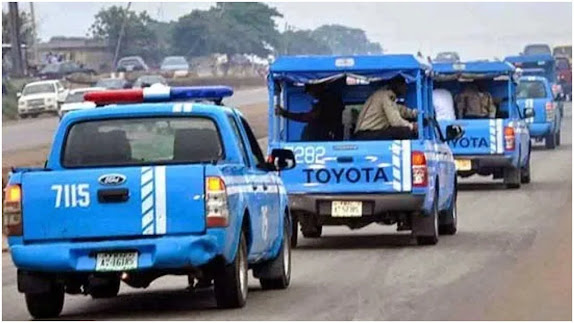 Making the revelation on Tuesday in Maiduguri at the beginning of the ember months campaign, Boyi explained that the event was organised by the FRSC in collaboration with National Emergency Management Agency (NEMA) to sensitize motorists to be cautious while on the highways to minimise loss of lives and property through accident.

He further explained that the accidents involved 302 people in 42 vehicles and assured of the commitment of the FRSC to take appropriate measures to reduce traffic accidents in the state to the nearest minimum.

According to him, the accidents are caused largely by speeding, overloading and wrong overtaking, saying that the ember months campaign provided another opportunity to sensitise and appeal to drivers to adopt defensive driving techniques while plying the roads, particularly in this period.

According to him, “It is the time we remind ourselves of the inherent dangers associated with driving on our highways and why we need to imbibe positive attitudinal change and to be more careful and watchful, to reduce road traffic crash to the beareat minimum.”

He said that the theme for this year’s campaign, “Avoid speeding, over loading and unsafe tyres to arrive alive”, noted that speeding and tyre burst had been identified as some of the causes of crashes in the country’s highways.

He thanked the Borno State Government, sister organisations and other stakeholders in the state for the support being shown the FRSC sector in the state and urged for sustainance for maximum results.

Mr Rotimi Adeleye, the Zonal Commander of RS12HQ Bauchi, noted that ember months campaign was a period set aside annually by the FRSC to educate and sensitize motorists and the general public on the need to be cautious with road traffic in order to ensure safety of lives and properties at all times.

Muhammad Usman, the North East Coordinator of National Emergency Management Agency (NEMA), assured of the agency’s readiness to continue to work and support relevant organisations like FRSC in containing and reducing emergencies on the roads.

Alhaji Abubakar Tijjani, Commissioner of Transport of Borno State, who represented Governor Babagana Zulum, hailed the FRSC and other stakeholders for thier role in ensuring sanity on the roads and assured them of government’s sustained support at all times towards ensuring the safety of lives and properties.