Abiodun attracted over $ 1 billion in investments to Ogun, he’ll win in 2023 – NANS 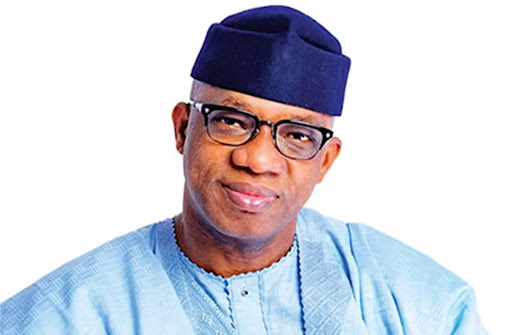 The students’ bodies said Abiodun had performed well in all sectors of the economy, changing the fortune of the Gateway State for good.

This was contained in a statement jointly signed by the Chairman of NANS in Ogun, Damilola Simeon and the National President of NAOSS, Oluwagbemileke Ogunrombi.

The students, while commending Abiodun for bagging the Distinguished Award for Industrial Revolution from President Muhammadu Buhari, said the award did not come as a surprise following the governor’s superlative performance and investments in agriculture, road infrastructure, ICT, urban renewal, the building of an Agro-allied Airport, and security of life and property.

They claimed the President did well in recognising Abiodun’s efforts at “enhancing rapid industrialisation and promotion of conducive environment” for businesses and investments to thrive.

“The 36 investment portfolios have provided more than 40,000 jobs either directly or indirectly for the residents of the State.

“Governor Abiodun’s administration through its various efforts has provided the enabling environment which has facilitated private investments and helped the private sector grow and generate wealth for Ogun people.

“We know that there is still more to come as we look forward to another four years of prosperous Ogun State when Governor Abiodun wins the 2023 election,” they said.