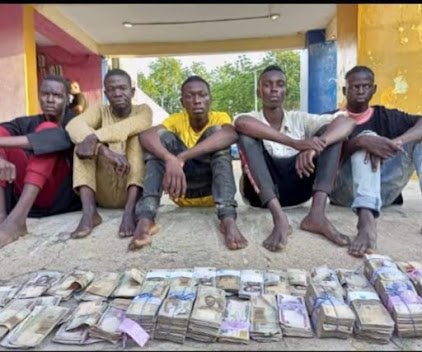 It further said the operatives recovered the sum of 4,079,000 Naira from the suspects.

This was contained in a statement on Friday by SP Suleiman Yahaya Nguroje, Police Public Relations Officer, Adamawa State.

According to the statement, the operatives of the command, on the 9/10/2022, disconnected a crime network connecting syndicate of Five in Mubi North and South Local Government Areas.

It said the operatives received the report of kidnapping of an 8 years old Mustapha Aliyu Fadil in Mubi and took him to Barassa Hotel at Maraba Mubi.

He said the command immediately mobilised officers and men as the operation was carried out by the command’s operatives attached to the State Intelligence Bureau (SIB), yielded positive result.

According to him, the sum of Four Million, Seventy Nine Thousand Naira cash out of the sum of Five Million Naira, paid as ransom was recovered.

He said the suspects conspired and whisked away the victim where they held him for two days until a ransom of five million as demanded was paid to them before releasing their victim.

According to him, the Commissioner of Police, SK Akande, while commending the officers and men for disconnecting the crime network through displaying professional conduct, directed the officers and men to sustain the tempo as a strategy to checkmating crimes and criminals in and around the state.

“The CP calls on the populace to always inform the police on the whereabouts of Criminals and their hideouts, and especially those with questionable character,” he said.