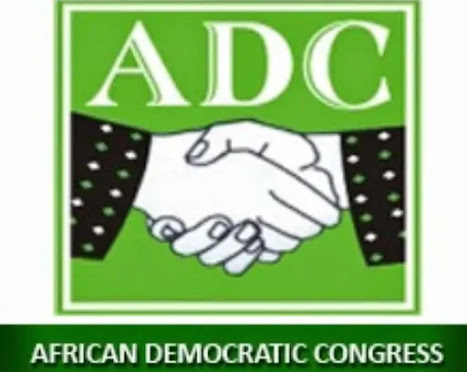 The African Democratic Congress (ADC) in Kogi State has suspended the state Chairman of the party, Mr. Kingsley Temitope Oggah, for various offences ranging from misappropriation of funds, gross misconduct amongst other offences.

The decision followed the Vote of no – confidence passed on the Chairman by his Ward executive on August 25, 2022; where he was subsequently suspended.

The ward executive then transmitted the letter of suspension to the Local Government executive, which was also forwarded to the State executive on September 9, 2022.

The state executive after his meeting on Monday ratified the suspension and directed the secretary, Mr. Adaji John to take over the affairs of the party in the interim.

This was contained in a statement signed by the State Deputy Chairman, Mr. MomohJimoh Sule Gomina on Monday after the state executive council meeting in Lokoja.

“Consequent on the development, working members of the State Executive Committee has adopted the vote of no confidence passed on him and the subsisting suspension order from the organs of the party in the state.

“Mr. Kingsley Temitope Oggah’s suspension was due to various anti-party activities, gross misconduct, unguarded utterances aimed at bringing the image of the party to disrepute, attempts to destabilize our great party through undue negative publicity in contravention of Article 6, section 1, 2 and 4; Article 22 section 6 and Article 32 which deals with the Oath of office.

“Other offences are the embezzlement of money meant for the Ward office accommodation; misappropriation of funds for the just concluded primary elections, and non-payment of wards dues.

“The State Secretary, Comrade Adaji John has been directed to take over all property of the party in possession of the suspended chairman, as well as direct the affairs of the party in the interim.”

Thirteen out of the fifteen State Executive members signed for the suspension.