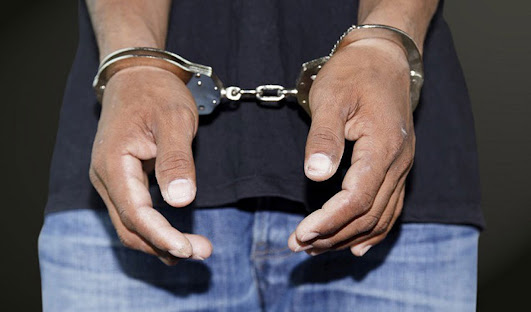 The Nasarawa State Police Command has arrested one Abdulkadir Ahmed and his friend, Hassan Sabo of Ungwan Maina, Lafia, the state capital, for allegedly killing a three-week-old child.

This was contained in a statement issued on Saturday by the Police Public Relations Officer, DSP Ramhan Nansel.

According to the PPRO, preliminary investigation revealed that on Tuesday, the principal suspect (Abdulkadir Ahmed) asked his friend (Hassan Sabo) to lure the mother of the deceased to his shop located opposite Correctional Facility, Lafia, under the pretext of seeking reconciliation with the lady whom he earlier cohabited with, got her pregnant and sent her away.

But upon her arrival at the shop, Abdulkadir Ahmed took the child into his shop while Hassan Sabo engaged her in a conversation outside when the child suddenly screamed and went quiet.

The statement reads in part, “Abdulkadir Ahmed immediately came out of the shop, and the mother enquired to know why the child screamed but was told that the child had gone to sleep.

“Not satisfied, she rushed into the shop and discovered the lifeless body of her child while the culprits immediately zoomed off on a motorcycle.

“The Police were notified, and the body was swiftly evacuated to Dalhatu Araf Specialist Hospital, Lafia, where it was confirmed dead and subsequently deposited at the morgue for post-mortem examination.

“The Commissioner of Police, CP Adesina Soyemi, immediately ordered an intensive manhunt for the culprits; the search paid off on 13/10/2022 at about 1230hrs when they were arrested after a painstaking investigation.

“The investigation is ongoing at State Criminal Investigation Department, Lafia after which, the suspects will be charged to court for prosecution.”