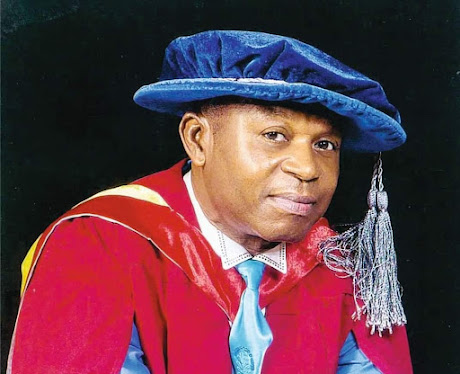 An Akwa Ibom State High Court sitting in Uyo, the state capital, has adjourned the trial of Professor Ignatius Uduk of the University of Uyo to Thursday, October 20 for continuation of cross-examinations.

The trial judge, Justice Bassey Nkanang made the adjournment following the collapse of the professor, who was already standing in the dock during the cross examination of the first witness, Innocent Emile who was his nephew.

The professor in the department of Physical and Health Education is being prosecuted by the Independent National Electoral Commission (INEC) on three count amended charges bordering on abandonment of duties, publishing of false election result scores and lying on oath.

The accused whose defence was opened today was again stalled as the Don slumped when the prosecuting counsel, Clement Onwuenwunor was concluding his cross-examination of the witness, Emile.

The incident caused the court to go on recess before adjournment while his wife and daughter moved him to a yet-to-be-disclosed location.

It could be recalled that the opening of defence of the accused was also stalled about two months ago when the defence counsel , Mr. Abasidiong Ekpenyong told the court that his client would not attend the court on grounds of ill health.

Speaking after the adjournment, INEC lawyer, Onwuenwunor, told newsmen that the incident will not affect the outcome of the case saying that they are also concerned about the Don’s health condition.

The Defence counsel, Ekpenyong on his own declined an audience with the press.