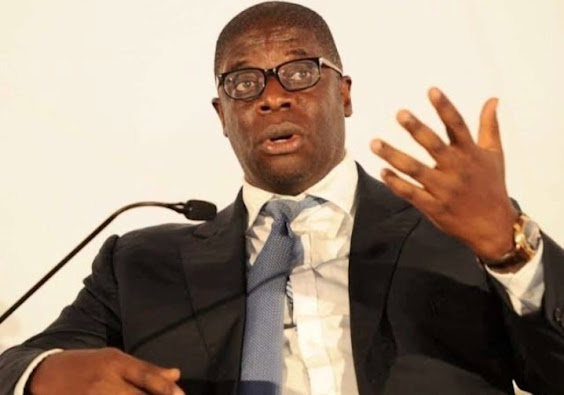 The Chief Executive Officer of Lionstone Offshore Services Ltd., Amaechi Ndili, and his wife, Njide, were finally arraigned on Wednesday in Lagos for alleged $4.7million fraud.

They appeared before an Ikeja Special Offences Court on a three-count amended charge. The alleged offences contravened Sections 516 and 387 of the Criminal Code, Laws of Nigeria, 2004.

The case had been stalled for seven years as the couple failed to appear in court. They repeatedly cited medical reasons.

Ndili, the CEO & Executive Chairman of CarePay Nigeria, is the Founder and CEO of Golden Tulip West Africa Hospitality Group.

The businessman and the spouse are standing trial alongside Lionstone Offshore Services on charges of conspiracy, stealing and illegal conversion of money for personal use.

The defendants maintain they are not guilty of the charges brought against them by the Federal Government of Nigeria.

Lough said the duo obtained the money for a contract Lionstone Offshore Services entered into with Addax Petroleum Development Nig. Ltd. It was executed by Hercules Offshore Nig. Ltd..

The counsel, an Assistant Commissioner of Police, submitted that the defendants failed to remit the money to Hercules.

“The $4.7million formed part of the payments the defendants received on behalf of Hercules but they failed to remit to Hercules in accordance with their agreement”, NAN quoted him saying.

After the couple pleaded not guilty, the defence lead counsel, Ebun Shofunde prayed the court to grant them bail.

The Senior Advocate told the judge that Ndili had been granted bail when he was arraigned before Justice Sherifat Sholebo.

Justice Olubunmi Abike-Fadipe admitted the second defendant to bail in the sum of N20million with two sureties in like sum. Ndili’s bail subsists.

The sureties must have evidence of tax payment and must have a landed property in Lagos. Trial commences on January 30, 2023.