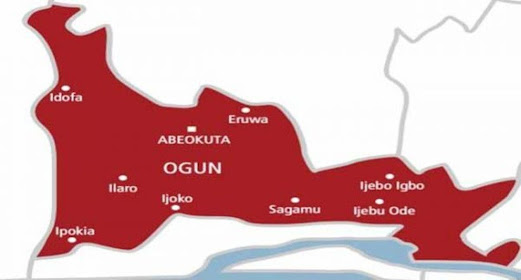 The Amotekun Corps in Ogun State have arrested a 30-year-old man, Felix Ikpeha for being in possession of three fresh bloodstained female pants.

Saga Gist reports that the man was arrested at about 11:35pm on September 5, at Imo-Ayo Community, Ajibawo, Atan, Ado-Odo/Ota Local Government Area of Ogun State.

The Amotekun Commander in Ogun, David Akinremi, disclosed on Thursday that the arrest of the suspect followed an alarm raised by some members of the community, “who suspected his movement.”

“When the suspect was searched, three bloodstained wet female pants were found in his possession for which he could not give any satisfactory explanation,” Akinremi said.

He quoted the suspect as claiming that he removed the pants from dustbins, “but he insisted he does not know the exact location where he picked them from.”

Akinremi stated that the suspect who hails from Warri in Delta State, “is suspected to be working for a syndicate involved in money and other rituals.”

He disclosed that the suspect has been handed over to the police for further investigation and possible prosecution.