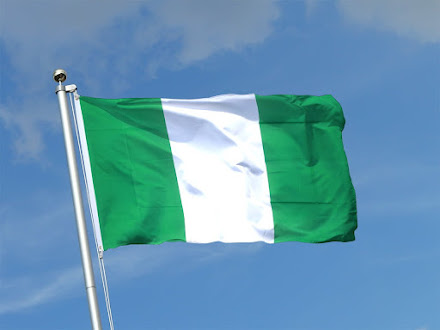 Nigeria marks its 62 years of independence anniversary as a nation today.

This year’s anniversary is coming five months close to the 2023 general election, an election many Nigerians believe can change the story of the country for the better.

As it is with the tradition, the Nigerian government had lined up activities to mark the event.

Saga Gist reported that the Minister of Information and Culture, Lai Mohammed while reeling out the activities to commemorate the 2022 Independence Day, last week, disclosed there would be a Presidential Broadcast and later on the same day, a Military Parade at the Eagle Square, Central Business District, Abuja.

The Minister further announced that the Award of National Honours would be held as part of the Independence Anniversary on October 11 in the nation’s capital.

Mohammed claimed that celebrating Nigeria’s independence anniversary in 2022 serves as a reminder that, in spite of the challenges the country has faced, Nigerians remain united, adding that President Muhammadu Buhari administration was committed to promoting unity, security and stability of the country.

However, some Nigerians have expressed mixed feelings about the celebration of this year’s independence anniversary, noting that the country, as it stands now, is currently regarded as one of the worst places to be born, with numerous intractable challenges that have defied solutions.

Many also wonder why those in power are more concerned about the squandering of resources without thinking about the devastating consequences on the hapless poor citizens.

Most of the respondents, who spoke to newsmen, expressed disappointment while grieving about the way things are in the country.

At the Orange Market in Mararaba, Karu Area Council of Nasarawa State, the mood of disappointment rent the air.

Some market women our reporter spoke to, expressed dissatisfaction over the fact that Nigeria at 62 was still limping on wounded legs, insisting that insecurity and corruption were the orders of the day.

A woman said, “Our dear country is blessed with abundant resources but those in the leadership position do not know how to use it for the good of the people. No country can grow where leaders cannot see beyond their noses. There is no visible sign of development and Nigeria is in total darkness. Most of our leaders are political looters”.

Though he initially hesitated to speak to the DAILY POST, an FCT taxi driver, Ahmed, did not hold back his anger.

A Port Harcourt-based legal practitioner, Peter Ugwuoke, is of the opinion that a society that doesn’t value education, only spells doom and gloom for the future; making the task of imbibing patriotism and nation-building especially ardent.

“What exactly are we celebrating, the fact that there are numerous students roaming the streets due to the ASUU strike, or the high unemployment rate; a dire situation with many societal implications- as prostitution seems to be the ‘easy’ route for many of the affected females”, he angrily retorted.

He suggested that the nation needs to reinvent the culture of discipline, honesty, diligence in hard work and being your brother’s keeper- amongst many other good practices.

Also speaking, a senior lecturer at the University of Nigeria, Nsukka, Dr Victor Bassey said it is only those who participated or are still participating in the looting of the national treasury who are celebrating.

“I am not celebrating Nigeria at 62, because there is nothing to celebrate in the true sense- except if you are part of those involved in the ‘oil theft’ racket or those sharing the commonwealth of the citizenry, then maybe you may have some reason to celebrate.

“Those cornering the wealth of the majority should remember though, your celebration is in vain, as you are surrounded by those you have looted from will strike back in full measure,” he said.

He added that the dearth of good leadership has been one of the major challenges but he believes there is hope, advising that patriots mustn’t relent and must continue to prod the cause till the good ones amongst the people emerge and take hold of affairs.

Notwithstanding the prevailing negative mood in the country, many believe the country is blessed with abundant resources, and are hoping that those in the leadership position will know how to tap into those resources to achieve the desired development.