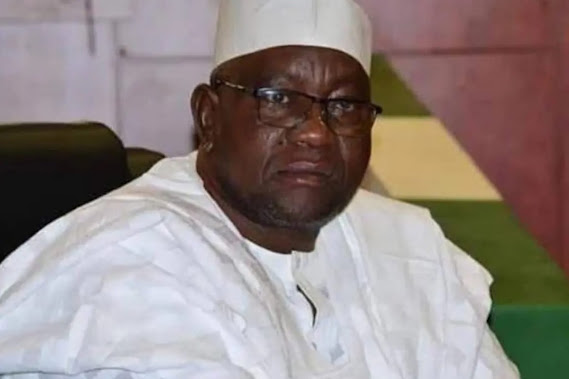 A key member of the ruling All Progressives Congress (APC), in Katsina State, Dr Mustapha Inuwa has dumped the party for the main opposition Peoples Democratic Party, PDP.

Inuwa made his decision known on Sunday at his campaign office in Katsina after consulting with hundreds of his supporters and groups that chanted songs of solidarity on his capacity and ability to shape the politics of the State.

The APC party stalwart is the immediate past Secretary to the Katsina State Government (SSG) under the incumbent Governor Aminu Bello Masari.

He lost to Dr Dikko Umar Radda when he contested for the Katsina State governorship ticket on the platform of the APC.

Report has it that Inuwa had pledged his support for Radda shortly after the governorship primaries.

Report also has it that the APC and the Labour Party Vice Presidential candidates, Senators Kashim Shetima and Datti Baba Ahmed, respectively, visited Dr Inuwa apart from the State PDP and the NNPP leaderships.

However, Inuwa said he has realized that he and his supporters had no relevance in the APC hence he eventually decided to rejoin his old home, the PDP, which he left penultimate 2015 election for the then opposition APC.