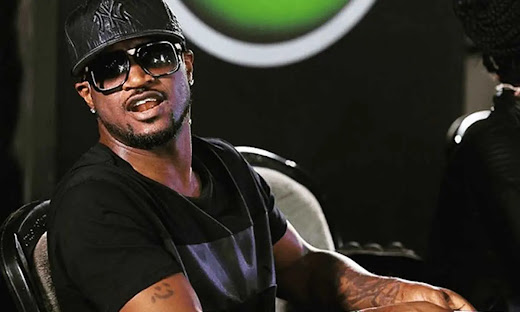 The singer added that so many Nigerian youths on Twitter are now Federal Bureau of Investigation FBI and FORENSIC analysts as against the lazy youths they were termed.

Recall that President Muhammadu Buhari, who had in April 2018, described Nigerian youths as lazy, said most youths want to sit down and do nothing while relying on the claims that Nigeria is an oil-rich nation.

But Mr P, while reacting to a shocking leaked audio of the vice presidential candidate of the All Progressive Congress (APC), Kashim Shettima, on social media, said, “We have to change it for them”.

“From ‘LAZY NIGERIAN YOUTH’ we don change am for dem! We don dey do FBI and FORENSIC analysts! They really messed with the wrong generation.”

An audio recording with the voice of Shettima currently trending on social was heard revealing the plans of the North and West against the South East and Southsouth regions of Nigeria.

Shettima who claimed food is more consumed than fuel said “let me tell you what they will do to Igbos this time.

While sharing the audio message, on social media @F4de777_ wrote; this is what Apc is trying to do to the Igbo’s in Nigeria, the whole world should hear this.

@F4de777_; Let it be known that @officialABAT and Kasheem Shetimma have no interest in promoting unity and prosperity in Nigeria, after you hear this voice message you will understand why youths in the South East still don’t believe that Nigeria will ever accept them which led to IPOB.

@base_on_hustle; Is this real? If it’s real then big problem coming to Naija WTF

@Casinocrowns; Twitter FBI has brought justice to the country than the actual crime commissions. If I leave this app make I bend

@Blaisemat6; They called us Lazy Nigerian youths, so let’s keep them to their toes – hold them accountable.

@PEC_Concepts; it’s a digital generation. Analog has nothing over digital. Every move they make, we burst. They’re yet to realize is GAME OVER for their gimmicks. E go clear for their eyes

@officialsaspace; No breathing space for oppressors. We will discover what’s in their bedroom if they bring it online,