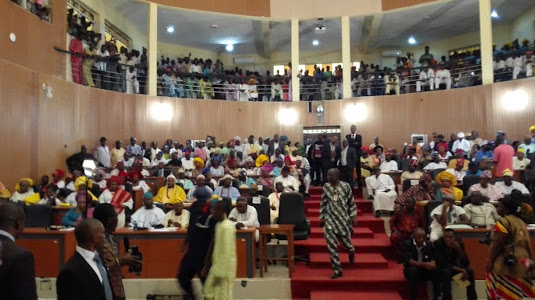 Members of the Ekiti State House of Assembly have been urged to maintain decorum after the death of the Speaker, Rt. Hon Funminiyi Afuye.

Former member of the National Assembly, Senator Ayo Arise, who gave the advice, said the lawmakers must be courteous as there could be a clash of interests when it is time to replace the late Speaker.

The All Progressives Congress (APC) chieftain also expressed confidence that the new state governor, Mr Biodun Oyebanji, will do well as governor.

Speaking with newsmen in Ado Ekiti, Arise, who represented Ekiti North Senatorial District between 2011 and 2014, said the way to go is to follow the constitutional procedures in electing another Speaker of the Assembly.

“The recent death of the Speaker of the Ekiti State House of Assembly has created a vacuum which is not allowed in the workings of government. But there are constitutional procedures to be followed for the replacement.

“The process is the same both in the Senate and State Assembly. It is done in the hallowed chamber with Clerk of the House calling for the election of the new Speaker among the lawmakers who have shown interest to run for the position.

“It is not something that is passed down automatically on any lawmaker, it cannot be assumed by the deputy Speaker, unless all the lawmakers unanimously agreed he should take up the role.

“Things don’t work in straight forward manner because of the fact that a number of political gymnastics will come up in the process of electing the Speaker which includes, zoning, experience and some other factors but once the Clerk call for voting, members will vote for the candidate of their choice and the new Speaker will invariably emerge based on who has the highest number of votes”.

On his expectation from the new governor, Arise said “Oyebanji has been in the government cycle for quite a while, with sufficient experience to handle the affairs of the state.

“I am sure he will have his own goals and aspirations for the state and I know he has what it takes to carryout whatever he has to do for the state and leave a legacy of good governance for Ekiti people. So, we are praying for him to succeed”.