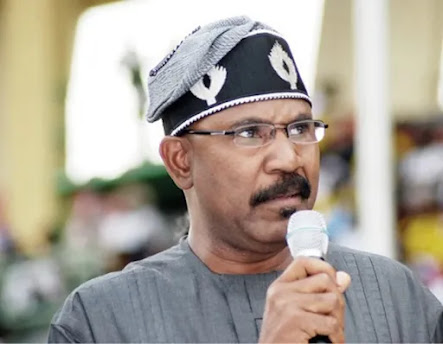 The Minister of Science, Technology and Innovation, Dr. Olorunnimbe Mamora and heads of agencies under the ministry, on Tuesday in Abuja rejected a bill seeking to establish the National Innovation Agency.

They spoke at a public hearing organised by the Senate Committee on Science and Technology, chaired by Senator Uche Ekwunife (PDP Anambra Central).

In his submission, Mamora, who said that though such agencies existed in other climes added that it was important to look at the reality of Nigeria’s situation.

He said: “As well as the bill is well intentioned, we must look at the reality in terms of the capacity and ability to fund those agencies.

“One of the fundamental challenges we have is funding. The reality of the situation is that we will never have adequate funding for Ministries Departments and Agencies (MDAs).

“What we should do is a kind of priotisation and to seek to strengthen and upgrade the existing agencies for the Act to accommodate the identified gaps in the system as opposed to starting something afresh .

“The position of the ministry is that whatever gaps there seem to exist in the existing Act under which the relevant agencies and ministry operate, these gaps can be filled through a process of amendment to the existing Act as opposed to coming with a fresh agency.”

He further said that it was due to the proliferation of agencies that was why there were calls for adoption of Steve Oronsaye’s report which recommended the abolition and merger of government agencies and parastatals.

“The report is with a view to streamline and reduce agencies so that we don’t have duplication of functions and roles which at the end of the day will not be at the interest of our country.”

In her remarks, chairman of the committee, Senator Ekwunife, who is also the sponsor of the bill, said that investment in science, technology and innovation was the surest way to better the nation’s economic fortunes.

She described science, technology and innovation as the engine room of economic growth and development of the 21st Century and Nigeria could not be left behind.

Senator Ekwunife further said that the African Capacity Report 2017 identified science, technology and innovation as strategic priorities as well as the fastest way to socio-economic transformation.

“While according to the Report of Nigeria Science, Technology and Innovation Policy, the Objective is to build a strong science and technology capacity needed to evolve a smart sustainable economy.”

Reacting to the rejection by the minister, Ekwunife said that “we are used to MDAs opposing bills of this nature.

“We are talking about a workable agency; an agency that can assist this country moving away from being a consumption country to a production country.

“We are not sacrosanct in everything we have said here. We still have to go back and get the input from the public, experts and host communities to come up with a workable document.

“The Senate is looking at results that can add value to our country. We are not creating what we have in the system; we want to strengthen an agency that will be all encompassing.”