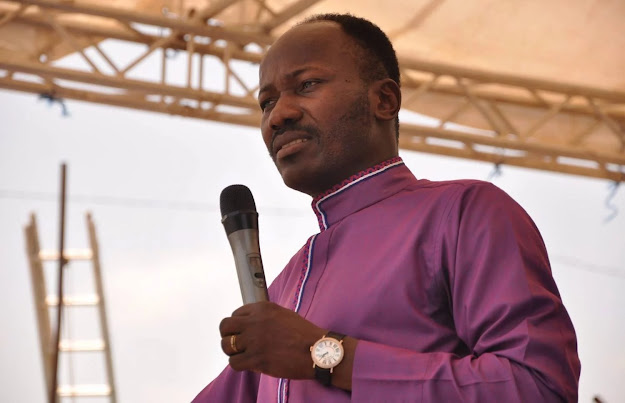 During the incident, about seven persons, including police officers, lost their lives.

Reacting to the incident, some Nigerians said Suleman’s bulletproof vehicle saved him and nothing else.

@SirDavidBent: “Apostle Suleman escaped that assassination attempt only because he was in a bulletproof car. Let’s not start any theatrics about “Blood of Jesus” or anything. The crux of the issue is that lives were lost. Those people had families. When will insecurity end? That is the question.”

@johnmoyewa: “Apostle Suleman could have been kïlled !! Anointing oil didn’t save him, stickers didn’t save him, and he was saved by his bulletproof car. Madira oo. Make Dem dey deceive you. R.I.P to those that died.”

@AbdulMahmud01: “Terribly saddened by the news of the dastardly attack on my brother and client @APOSTLESULEMAN

this evening in Auchi, Edo State by suspected kidnappers. The scene of the attack on Warrake Road, Auchi, is like a scene taken out of a war movie. To His Grace, Suleman is unhurt.”

@Tutsy22: “Apostle Suleman’s convoy attacked in Auchi… Bullet-proof car saved him but 4 policemen, a driver and a lady were gunned down.”