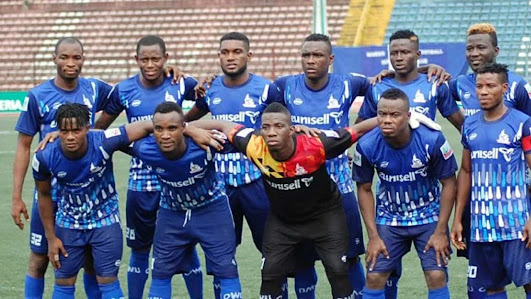 Rivers United players have been promised $40,000 each if they reach the group stage of the CAF Champions League.

Stanley Eguma’s side will face defending Wydad Casablanca of Morocco in the first leg of their first round tie in Port Harcourt on Sunday.

The reverse fixture is billed for Casablanca next weekend.

The overall winners over two legs will advance to the group stage of the competition.

Rivers State Governor, Nyesom Wike rewarded each player with $20,000 for winning the Nigerian league for the first time in their history in June and now has now promised a fresh $40,000.

The Port Harcourt club are looking to become the second Nigerian club to win the CAF Champions League after Enyimba conquered the continent in 2003 and 2004.

Plateau United are the other Nigerian club competing in the competition this year.