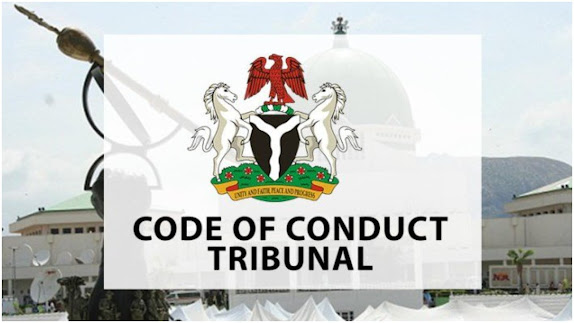 The Code of Conduct Tribunal (CCT) has concluded arrangements to arraign about 50 public officers allegedly found to be in breach of office codes.

The category of officers who are within the Federal Capital Territory and outside would face arraignment in early November, according to a statement by the Special Adviser on Media to the Chairman of the Tribunal, Atekojo Samson Usman.

The development was at the backdrop of some public officers who were summoned by the Tribunal, but failed to honour the summon at Wednesday’s sitting thereby leaving the panel headed by Justice Danladi Umar fuming, warning that any public servant in or out of office that failed to honour Tribunal summon would be met with the bench warrant.

Meanwhile, on Wednesday, 19th October, 2022, the Tribunal held a session on six defendants drawn from Ministries, Agencies and Departments of government summoned after the Tribunal resumed from the annual vacation.

The statement said: “In continuation of its court sittings, the Code of Conduct Tribunal held its session on the 19th October 2022 where cases involving defendants from some Ministries and MDAs were adjudicated upon.

“The complete panel of the Tribunal chaired by Justice Danladi Yakubu Umar adjudicated all matters listed for the day, and five of the six defendants were present in court for their trial.”

The cause list which was sighted by our correspondent had one defendant narrowly escaped bench warrant for not responding to the Tribunal summon without any cogent reason for his absence.

“Mr. K.I. Baba-Gana case adjourned magnanimously for an opportunity for the defendant to appear as against a bench warrant being issued for being absent for trial as requested by the prosecution.”

Also, a defendant was noticed by the Court being seriously sick and was undergoing treatment when CCB1 forms were issued. The defendant was discharged on compassionate grounds.