Champions League: Ibrahimovic has made me nastier – Tomori warns Chelsea 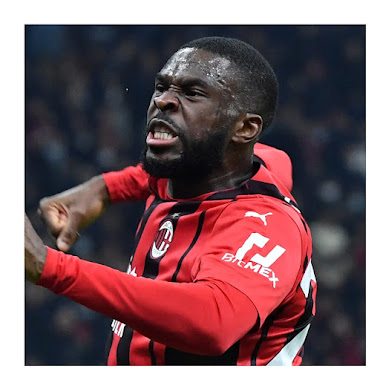 AC Milan defender, Fikayo Tomori, has claimed that training with Zlatan Ibrahimovic has made him nastier.

According to Tomori, he is now more ruthless in his game since leaving Chelsea last year.

The England international returns to Stamford Bridge on Wednesday night for their Champions League showdown.

“I kind of knew we would draw Chelsea before the draw came out so the fact it has happened now is really exciting.

“It was a suspicion. I just thought it would be Chelsea because I felt it would happen. When it came out I remember my friends were all saying ‘you knew it, you knew it’.

“Coming from Chelsea, being English there is probably added motivation.

“Going back to Stamford Bridge, where it all started is a chance to show myself again.

“In Italy they are notorious for being good defenders, tough to beat, being nasty, stuff like that. It’s definitely something I’ve picked up.

“Little fouls or positioning yourself in a way that makes the striker think, those kind of things. Training with Zlatan (Ibrahimovic) you can’t really be too timid. You have to be a bit tougher, nasty in a sense. He has played against the world’s best so it’s going to make me better as a defender,” Tomori said.