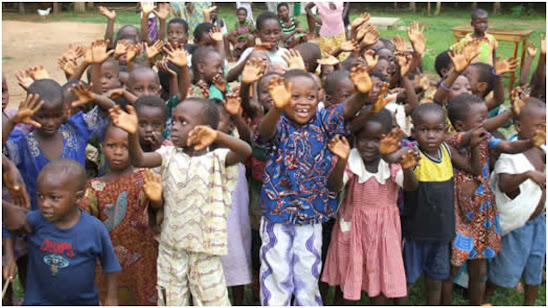 Members of the Children’s Parliament have called on the federal government to prioritise the passage of the Child Rights Act into national law.

The members made the call on Monday in Abuja during the Girls Media Roundtable organised by Save the Children to mark the 10th anniversary of international day of the girl.

The Youth Ambassador, Marian Ahmed commended the government and organizations like Save the Children for working tirelessly all these years to ensure that the lives and rights of children, especially girls, are protected.

According to her, “it has been 10 years since the IDG started. 10 years of spotlighting the issues we are facing. 10 years of advocating for the protection of our lives and rights, and 10 years of coming back every year to say ‘not enough is being done'”.

Ahmed pointed out that they know what these issues are and how/what was needed to eradicate them, but lamented that the major things stopping the country from moving forward was lack of accountability and lack of implementation of laws.

She said, “An example is the Child Rights Act. It has been passed in four States so far, but not all those States are properly implementing the act. People do unimaginable things to children and girls and still get away with it.

“The first step that Nigeria should take is to prioritise the passage of the Child Rights Act into a national law. This is because the CRA is a comprehensive document that clearly identifies the rights of children and provides sanctions to anyone who compromises those rights.”

Ahmed stressed that having the CRA passed would bind parents/guardians to ensure that the rights of children are fulfilled, including going to school.

Also, a member representing Dikwa Constituency in Children’s Parliament and Chairman, Committee on Child’s Participation, Madina Abdulkadir said there was no greater pillar of stability than a strong, free and educated girl child, but there have been some limitations imposed on the investment on the rights of the girl child.

She noted that all over the world, their right to education, mental health, physical wellness and the protection needed for a life free from violence are being threatened.

On her part, Girl Champion from Yobe State, Khadija Badamassi said in the last 10 years, there had been increased attention on issues that matter to girls amongst government, policymakers and the public, and more opportunities for girls to have their voices heard at the global stage.

She noted that girls in her community face a lot when it comes to child and forced marriages, saying child marriage had caused more harm than good.

She said: “Yobe State, Nigeria, where I am from, due to its poverty has the largest number of child-brides in the North East Nigeria. In my community, most people are farmers, and due to poverty; parents borrow money to cultivate their farms.

“During harvest, when the father is unable to back the loan, a father usually takes the decision to give out his daughter in marriage regardless of her age, and most times to an old man, old enough to be her father or grandfather. This girl bride is treated like a slave with no respect of any kind because of how she was taken in as wife.”