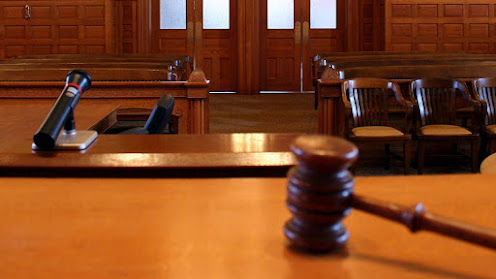 Fifty-eight-year-old James Nwanadee and one Lekae Deeue have been arraigned before a Bori High Court in Port Harcourt on eight counts of conspiracy, murder and membership of a secret cult.

In a charge read out in court against the suspects, James Nwanadee and Lekae Deeue and others now at large, are alleged to have on the 4th of April, 2021 at Wiiyaakara community in Khana Local government Area of Rivers State conspired and murdered one Dorcas Nwikpo and Meesua Nwikpa.

The accused are also alleged to have been involved in unlawful acts including housing members of a secret cult who shot and murdered Dorcas Nwikpo.

The trial judge, Justice Augusta Kingsley-Chukwu before adjourning till the 1st and 8th of December, 2022 for hearing, directed that the suspects be remanded in Port Harcourt Correctional Center.

Meanwhile; in a separate suit, Justice Augusta Kingsley-Chukwu has adjourned till the 11th and 25th of October, and the 15th of November, 2022 to commence the cross-examination of witnesses in a murder case involving a suspected notorious cultist, Confidence Kirinee popularly called General Illa who allegedly terrorised communities in Ogoni.

Kirinee is facing four counts of murder, kidnapping, cultism and possession of an illegal firearm. He is being prosecuted by the Rivers State government.