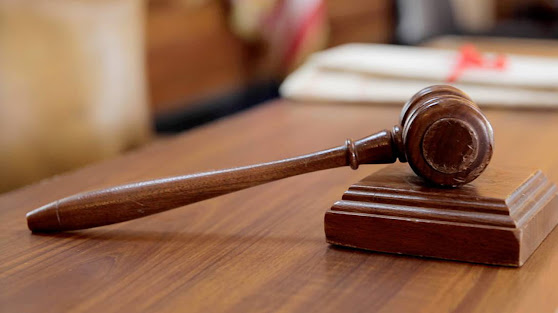 An Upper Area Court in Gwagwalada, FCT, has ordered that a 29-year-old carpenter, Samson James be remanded in a correctional centre for allegedly beating up a woman and causing her grievous hurt, NAN reports.

The police charged James, who resides in the Kuje Area Council, FCT, with causing grievous hurt.

The Judge, Sani Umar, ordered that the defendant should be remanded following the application of the Prosecution Counsel, Abdullahi Tanko.

Tanko told the court that the woman was still receiving treatment for the injury inflicted on her by the defendant.

Umar adjourned the case until Oct. 26 for hearing.

Earlier, Tanko told the court that the complainant, Ikegwuonu Stanley, who resides opposite arena hotel Kuje, Abuja reported the matter at the Kuje police station on Sept. 29.

He said that on the same day the defendant beat the complainant’s sister, Blessing and inflicted a deep cut on her left hand.

He said that Blessing was rushed to the Kuje General Hospital where she was treated with the sum of N30,000, adding that she was still going for further checkup.

The prosecutor said that the offence contravened the provision of Section 242 of the Penal Code.
The defendant, however, pleaded not guilty.