Davido: You want to trend your album – Benkrezt slams Wizkid for clout chasing 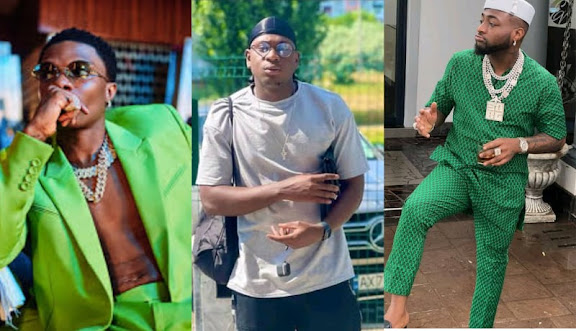 Wizkid, who in a recent post which appeared to be a swipe at other artists, claimed that his wealth would remain unmatched even if he decides to retire, wrote, “y’all Lil ni**as can’t touch the wealth.

“Moving forward, you all address me as sir or daddy before mentioning my name! Ok, babies.’

According to fans, the ‘asking for help from mom and dad seems to look like a shade to Davido.

Shielding Davido, Benkrezt slammed Wizkid for purposely using Davido to trend his newest album, adding that if the collaboration ever happens, Davido was only doing Wizkid favour.

“Sir, as per what now, Now you want to use our Davido trend your album, if that collaboration happens, just know it’s not a favour,” he said.

The Grammy Award-winning singer had few days ago announced that he has featured an artiste, who fans considered as a ‘rival’, on his latest album.